Aldershot DFA President Appointed to the FA Board

Our President, Thura KT Win JP has been appointed onto the FA Board.

Aldershot DFA Chairman from 2005 to 2009, Thura has been a council member since 1995 and has served the role as President with distinction since 2009.

Thura has a wealth of football experience having served Hampshire FA Council from 2000 to 2013 and as a Director of Sussex FA since 2016.

A great advocate of the women’s game he also serves on the FA Women’s Board, FA National Game Board and FA Judicial Panel. Thura has also been Chairman of the Women’s Football Conference since 1998. He is also a UEFA Match Delegate (since 2017) and a FIFA Match Commissioner since 2021.

Away from football he is a Hampshire Magistrate and has been an IT Consultant with over 30 years’ experience. Thura also has a Master of Laws degree. Following his appointment, he said, “I’m delighted to have been elected to The FA Board. I’ve been involved in football at many levels for 40 years, and I’m excited to be able to bring the skills and experiences gained from my professional, personal and football involvements to the Board of the national governing body of football.”

“I’m looking forward to working with my fellow FA Board members and the professional and dedicated team of staff at Wembley, led by the very capable CEO, Mark Bullingham. I’m honoured to have been given this opportunity to play a small part in helping support and shape the future of football in England.”

Aldershot DFA Chairman, Mike Gardner said, “We are very proud to see Thura get deserved recognition with this appointment. His commitment to football over the years has been unparalleled and we at our local level have valued his guidance, and support. We all wish him continued success in this role.” 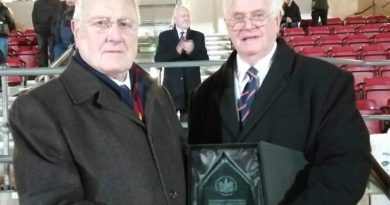 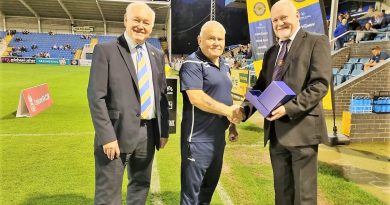 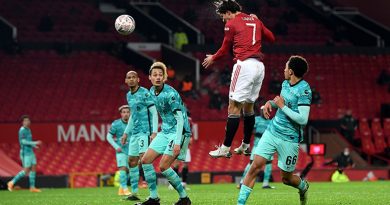